Good news. For the last year or so, my wife and her colleagues have been hard at work on submitting various grant proposals to get the funding to do a study of air pollution in India, specifically in the state of Andrha Pradesh in and around the capital city of Hyderabad. A few weeks ago they learned that they got the funding and the project will go forward. It’s interesting scientifically because most studies to date of air pollution and the effects on the population have been done in the developed world and contain many assumptions that may or may not be relevant to the developing world. From the public health perspective it’s fascinating because countries like India are facing a double whammy - simultaneously having to deal with the traditional diseases and ailments of a developing environment while now also rapidly having to face the “lifestyle” diseases like obesity, that trouble us in the west. On a personal note it’s exciting not just because it’s a big professional success for my wife, but because it means she (and thus hopefully I) will be in India a few times a year for the next few years.

The project will be a big challenge involving coordinating busy people in different countries and of different cultural backgrounds doing complicated technical things on a tight budget. One of the first of many steps is that they need geodata of the area they will be working in. So I’ve started mapping Andrha Pradesh on OpenStreetMap by tracing aerial imagery. The major cities have some coverage, but on the whole this is a very poorly mapped part of the world. In many areas it’s a blank canvas. 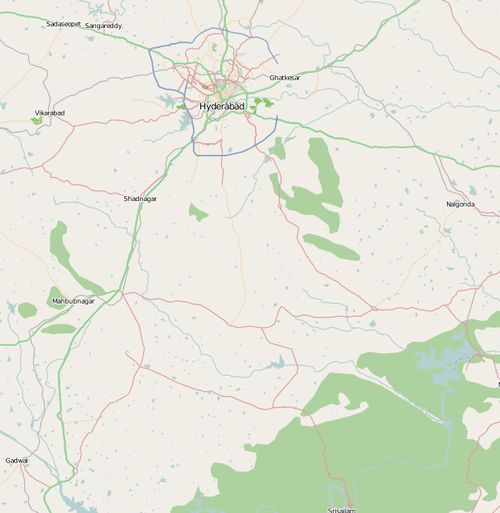 My plan is to do 15-20 minutes a day. My wife and her team are also going to be diving in, and then once we’ve laid the framework with aerial tracing, the team on the ground will hopefully be filling in detail and keeping it up to date.

This is my first time really using the new iD editor, and it is great. The usability, especially for the layman, is much improved over the previous “power user” editors. 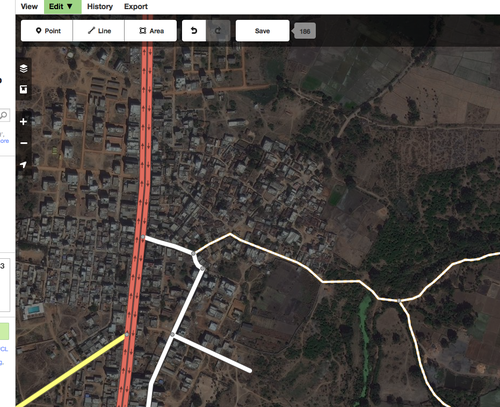 So far I’m enjoying it a lot, and do the mapping as a way to unwind at the end of the day for a few minutes. Living in central London, there is not a lot of greenfield mapping to do, at this stage it’s more about house numbers and corrections. That’s important stuff, but frankly, just doesn’t have the same soothing appeal of filing in the empty map.

Anyway, if you’re looking for a new mapping goal and would like to help push forward the progress of science, please dive in and help us on Andrha Pradesh.