A little over a week ago London’s “academia2.0” scene gathered near King’s Cross for the third #futurepub event of 2014, organised by writeLaTeX - (note: I’m a proud angel investor in wL).

The #futurepub name is a contraction of the “future of publishing”, and the quarterly gatherings have become a focal point for an emerging scene of London innovators looking to reinvent the academic research and publishing process. The evening, featuring six speakers and with over 100 attendees, made evident the definite sense of gathering momentum in and around London’s B2A (business to academics) scene. The combination of East London’s start-up skills, top class research universities (King’s, Imperial, and UCL are all in London, with Cambridge and Oxford are nearby), academic publishers like Macmillan, and research funding bodies like the Wellcome Trust, means that London has all the ingredients to become a global hotspot for the sector. Academia is of course a worldwide endeavour, and innovation is happening everywhere - another prominent European success story being Berlin’s ResearchGate - nevertheless events like #futurepub and its steady crop of interesting start-ups mean that London has a chance to stand out in the space.

The speakers at the evening event included the CTO of Papers, a tool designed to simplify the chore of citation, and the founder of newly launched Walacea, a service for crowd-funding experimental research, itself funded by Bethnal Green Ventures. Sumika Sakanashi, representing the UK’s Open Data Institute, spoke, and topic of open access to both research and the underlying data used to generate the research is one that comes up continually. Indeed a previous #futurepub featured the Open Access Button an open source project trying to make visible to the effects of pay walled content which remains the norm in the industry.

The team at Inspired Selection did a great detailed summary of all the talks over on their blog.

The large turnout at #futurepub was a good indicator that there is significant desire for innovation in the category, but equally notable has been the steady stream of announcements coming from the scene. Last week the London’s biggest success story in the category, Mendeley - acquired by publishing giant Elsevier for more than $70M in 2013, announced the the launch of their API. The week before writeLaTeX - creators of a service to make it simpler for authors to collaborate and submit papers, and themselves recently funded by Digital Science, Macmillan’s venture arm - went public with a collaboration with innovative London-based publisher PeerJ, allowing customers to access each others premium features. These are just two examples of many. 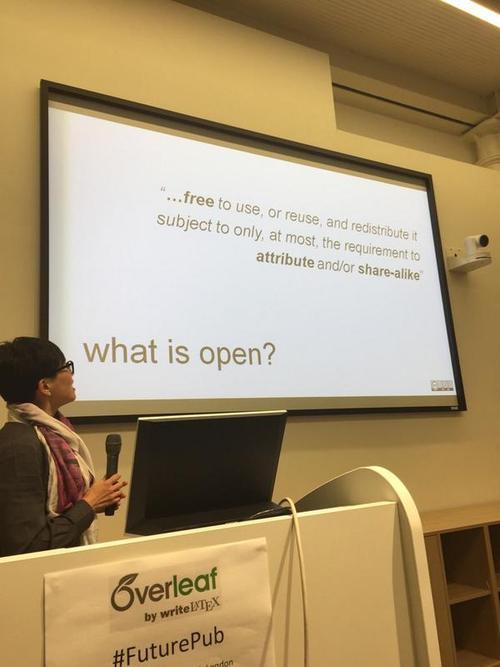 #futurepub events have featured a wide mix of start-ups and services. Very broadly the tools and services being created tend to fall into one of several categories:

While the recent gathering featured a wide range of presentations and (as should be expected from a gathering of academics) probing questions from the audience, equally important was the informal mixing and conversations until late in the evening at the pub afterwards. There was a clear sense that innovation in and around academia is thriving and London will be one of the leading global hubs in the space. It’s exciting, and I’m delighted to be a tiny part of it.

A video of the talks is available. The next #futurepub will take place the evening of 27th of January. I will be there.