Following on my recent post about investing in writeLaTeX, I’ve closed another small angel investment, this time in CashWave. Cashwave sells prepaid shopping vouchers to expats as a way of cost effectively transferring money back to their home country. It’s a great deal for expats mainly because it’s a great deal for retailers. In many countries retailers face the challenge of sourcing goods in one currency (Euro, for example) but getting paid by their customers in another (Bulgarian Lev, for example). Depending on the markets, the rate can fluctuate a lot, causing all sorts of uncertainty. By partnering with CashWave retailers have the chance to get paid in a more stable currency. That’s valuable to the retailer which means they can in turn offer expats fee free transfers.

So, why did I invest?

First up, the team. One of the founders is Stoytcho Vlaykov, an old friend from Yahoo days. Stoycho is a smart, hardworking guy, and proven entrepreneur. Before CashWave, Stoycho was the ringtone king of Bulgaria, successfully building and exiting a mobile services business. Stoycho has teamed up with some other ex-Yahoo colleagues, and is ready to do it again. And they’re off to a great start already getting some major retailers on-board in the Bulgarian market, and have struck up promotional partnerships with major brands like Bulgaria Air. Other markets will be launching shortly.

Team alone is the overwhelming reason I felt it was worth taking a chance on CashWave, but there’s also the macro level market dynamics. The last few weeks. be it war in Ukraine or Scottish independence, reinforce that the world is a chaotic place in which change is the only constant. And with change comes currency volatility. Simultaneously, more and more people are on the move and have a need to send money from A to B. And while new players in the space like TransferWise do a great job for those tapped into the traditional banking system, lots of people don’t fit that category. Cash remains king in much of the world, and the “un-banked” or “under-banked” are a massive market. For these people - the market currently served by services like Western Union - CashWave is a fantastic alternative. This is even more so the case if we look at developing markets like Turkey, the Arab world, central Asia, etc. These are complicated places with huge expat communities, and the CashWave solution has the massive advantage of sidestepping the complex financial regulation jungle by working with brands already in market and well known to consumers.

Best of luck to Stoytcho (pictured on the right below) and his team. I’m happy to play a small part. 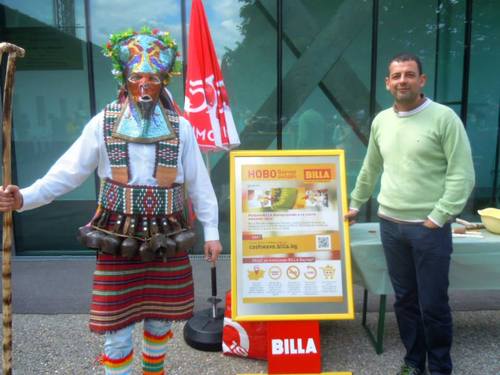