After a very long break and frankly a terrible posting record, I am back on blogging for 2015. My record for week notes was, frankly, terrible, hence the title of today’s post. Nevertheless it was a start and one I hope to build on in 2015 as I continually got positive feedback and followup on the minimal level of posting I did in 2014. Later this week I’ll do a post looking back on the goals for 2014 and how they went (spoiler: mixed) but first I thought I’d do an update on where the last few months went.

First up, I was sick as a dog for about six weeks from mid-November through  Christmas. A terrible cold I just couldn’t shake, even though my kids (I suspect I got it from my daughter) got better very quickly. It was the sickest I’ve been in years.

My situation probably wasn’t helped by the fact that I traveled a ton. From late October to early December I went to Germany three times and Spain three times, basically one trip a week. Some of the trips, like the visit to Berlin for WhereCamp, were good fun, but it definitely wears on me and breaks any sort of daily rhythm. But I think also the prolonged illness was probably at least partially driven by my poor exercise record over the last year. For the last 20 years I’ve exercised a ton, a mix of cardio and weights at least 3-4 times/week, but over the last year, while still walking and cycling everywhere and generally being active, I basically stopped all organized exercise, for no other real reason than laziness. So one of the goals for next year will definitely be to get fit again.

One of the trips was very bittersweet - my son and I went to my grandmother’s funeral in Thüringen. She had been in quite bad shape for a long time so it didn’t come as a surprise, and was just short of 90 years old, but it’s still very sad when it happens. It was a good chance though to see many distant relatives. I debated taking my son, as a four year old he obviously didn’t really get what was going on, but I’m very glad I did. It was great to see lots of distant relatives, and I think everyone was thankful to have a fun, small child there as a distraction.

During that trip we discovered some old family trees of my grandmother and grandfather going back seven or eight generations (almost all from the same tiny village) so I joined MyHeritage and digitized them, which was tedious but also pretty interesting. The service is a bit clunky, but has a very cool feature where they “smart match” you with other people who have uploaded the same ancestors, thus connecting your family trees. It’s easy to waste a lot of time exploring.

In more family news, my 14 month old daughter can now walk and climb, and is officially the cutest kid EVER. also of course we celebrated Christmas, which is great with a four year old, as per this foto: 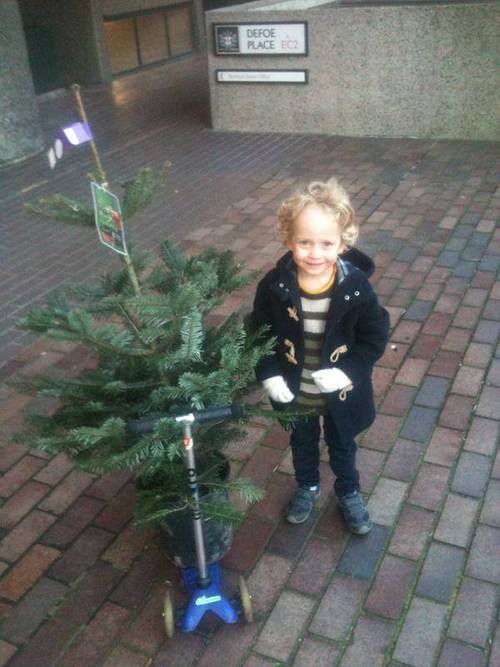 And finally we celebrated new year’s eve north of the wall in rural Scotland, which was the most off the grid place I have been in a long while. We took the overnight train to/from Glasgow which was good fun. Highly recommend it.