Last week was my last week at Mitula Group, the company that bought Lokku, which Javier Etxebeste and I founded in early 2006. Lokku’s main product was our property search engine Nestoria, and for much of the last decade I have spent a lot of time thinking about real estate search. Though I had been winding down my involvement in Nestoria for several years - for the last few I was primarily focused on other aspects of the Lokku business, and in May my family and I moved to Barcelona, so my final months have been largely remote and not in the Nestoria London office - it was a very strange sensation to walk away from the project that I have spent most of my time, and much of my intellectual energy, on for just under a decade.

I have no fears about Nestoria’s future; Mitula is a good home for the business, the two brands compliment each other well. The team remains hard working, and the vast majority of our customers, the major media companies of the world, enjoy working with us and value the strong relationship we have built up over many years. I remain a minor Mitula Group shareholder (tip: sell everything and buy shares now).

The strangeness of leaving was not unlike the feeling the day of graduation, when you know that it is time to part ways with many great friends. Or, speaking now as a father, of that moment when you realize your child has entered a new phase. On the one hand there’s immense pride and happiness, but also a tinge of sadness that there’s no going back. For better or worse, that chapter of life has ended.

I learned an immense amount in my time at Lokku. All the usual challenges of founding a business that are well documented in the avalanche of founder advice posts across the web these days (back in my day we had to make it up as we went along, not just regurgitate musings gleaned from the twitter stream of silicon valley digerati shakes fist and slumps back into rocking chair), but also things like sales that were very new to me. There is a lot of joy in plotting for many months (in some cases years) to figure out how to land a key account. Nestoria played the aggregation game, and frankly, intellectually it can be a very fun game to play. I of course can’t name the client, but it is a powerful journey to have major industry players refuse to meet you, then meet you and tell you why your model is destined to fail, then meet you and do a trial, then become a major customer. Likewise though the job had its downsides, like the realization of just how utterly bad real estate data is (I offer the reader the slides from my talk at last year’s csv,conf in Berlin entitled: “A living Hell, lessons learned in eight years of parsing real estate data”).

But most of all the pleasure of the job came from the team and working together with them to try to build something useful and better than the alternatives - for the audience but also for the customers. And indeed this is the true power of the classifieds business. When I worked, now almost 15 years ago, on the content products at yahoo.de we had great content, but to make money from it we had to plaster it with ads. To make more money we  had to make bigger, more aggressive ads. Bad for the users, bad for the advertisers, and not very fun to work on. Meanwhile in classifieds users come to the service TO LOOK AT ADS!!!! Many is the time on Nestoria we go the feedback “I love your site because there are no ads”. Nestoria was and is nothing more than a database of ads. The more relevantly and quickly we could show those ads to the users the happier they were, but also the happier the advertiser was - and the more money we make. While I can make no claims that we built the ultimate product - and certainly we made many mistakes along the way, there is no denying that that is a very, very powerful dynamic.

Anyway, I want to thank everyone who came with me on the journey.

First up, our customers. The vast majority were a great pleasure to deal with, and some of my best memories are the road trips to meet them. Indeed my final week closed with a great visit to southern Germany and my last external Nestoria meeting took place at Oktoberfest. A fine way to go out. We managed a global business operating in nine markets with a team of less than 20 people, so I had the chance to travel a fair amount. It was fascinating to see the different approaches to life and business from country to country. Several clients have become good friends, I will stay in touch with many, and even to those that were difficult I say “thank you”.  Next, I want to thank the investors who made the bet on us. I am proud to say they have been rewarded generously.

Moving on to the team, of course first and foremost I must mention my co-founder Javier Etxebeste. It was not always easy, but at our best we were a great combination.  I learned an immense amount from Javier. Here’s a pic of us in action at one of the team events: 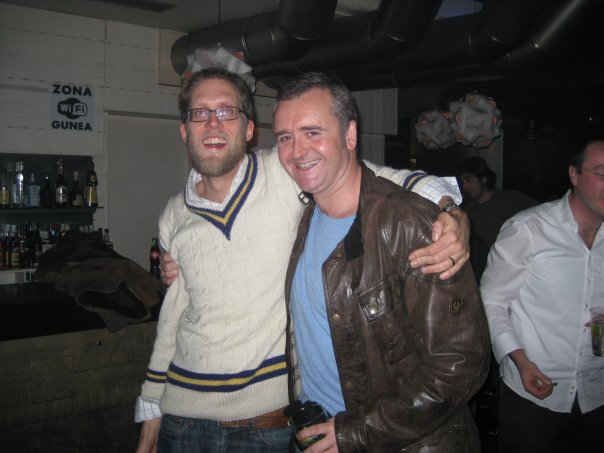 Many thanks to everyone who made the bet on joining Lokku (except for that one intern who just stopped showing up - no thanks to you). I hope you can honestly say you were treated fairly, learned a lot, and had a share in the rewards, as that was our intention. I have many fond memories, not least of the team events, excluding of course the cold induced coma from the times we went body surfing in the Bay of Biscay in early December. 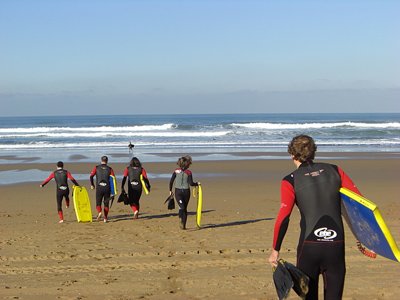 While it was good fun with almost all of you, there are of course a few people who really stand out. Thank you MTM, Mike, Spiros, Andy, Alex, J2, Sara, Mark, Mica, Savio, Vivek, Ruben, Vincent, and Charlotte. But even if you’re not on that list I look forward to seeing you all at future alumni events, and please don’t hesitate to ever get in touch if there is a way I can help you. It means a lot to me that you chose to join my company.

Probably the most important person to thank though is my wife, Cathryn, who put up with the volatility of life in a start-up and all the many ups and downs,the long nights and many sessions of complaining about those dear clients I was just thanking a few short paragraphs ago. Thank you. So, enough with the endless thank you lists, lots of people have asked what I’ll do next. That’s the subject of a later post. I want to end this one though by making one important point. These days I’m involved in about 10 different start-ups as an investor or advisor. Each has its own race to run, and they’re in many different industries facing different challenges. Some will no doubt fail, some I have realistic reason to hope will do much better than Lokku did. Regardless, one bit of advice I give to all of them though is, from the very beginning, find a way to document the memories of your journey. For us, it was nothing more complicated than a private Facebook group. Over the years the photos built up, and if someone left the company on good terms, (which the vast majority of team members did) they stayed in the group. Even though we were never more than 20 employees at Lokku there are now 70 people in the group. It is a treasure trove of memories, pictures of old team events and screenshots that now seem laughably out of date. Forget all the other advice - if you start a company this is the first thing you should do.

I close with a photo of me (younger, innocent, not yet broken by the horror of real estate data) on the first day in our first office back in 2006. 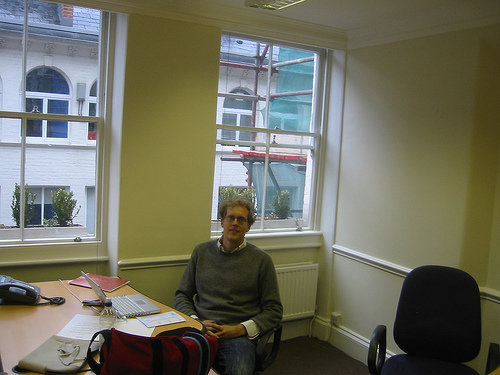