Last week the OpenStreetMap Professional Large User Summit (OSMPLUS for short) was announced. It will be a one day conference tacked on to State of the Map US in San Francisco in June. SOTM-US alone would not be enough for me to make the transatlantic journey (especially given that SOTM will be in the UK in September), but the commercial application of OSM is a topic I’ve been thinking about a lot over the past few years, not least since Nestoria switched to using OSM maps in some markets, so I’m now thinking hard about making the trip.

As documented here, I’m wondering why we haven’t yet seen more offline innovation. But I’m also wondering if the free data model of OSM means the value goes just to the consumers or users of the data or is there a viable, large-scale business that can really be built around free geodata? One obvious point of comparison is open source software, where we see two things: firstly that there have been successful business built around free software - typically, but not always, via a consulting model - and that proprietary software businesses have continued to thrive. That being said though geodata is obviously not the same as software. 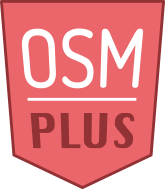